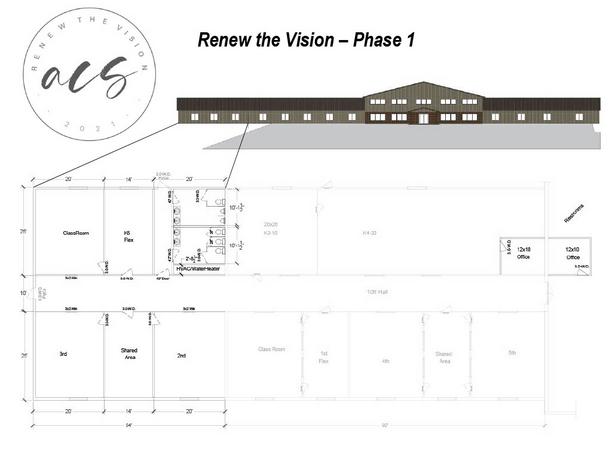 As we have continued to seek God’s vision for ACS, it has become clear that His plans were greater than our plans.  Heading into the 2021-22 school year, we are planning an expansion of our Elementary wing and additional office space that will better accommodate and serve our students and families.  This is only the tip of the iceberg for what God has in store for the ACS family!

Renew the Vision is our continued vision for ACS. This 5-year campaign will kick off with Phase 1 which is the elementary expansion already mentioned.  We are expecting to break ground for Phase 1 in the spring of 2021.

While we are still in the planning stage for additional phases, the discussions have included an Early Learning Center, an auditorium, a secondary gymnasium, increased vocational education opportunities, among other upgrades and expansions as we seek to better serve the ACS family and our community.  The vision that God has placed upon our hearts is to be more than a school, but a community of believers that will train our students to rise up to their calling for the Kingdom and to be an encouragement and center for families to stand firm in their walk with Jesus.

You may be asking yourself, “Is now the time to kick off a campaign like this?” Throughout this season of uncertainty regarding COVID and the political, social, and economic unrest, we have continually heard God’s voice asking us to press forward.  As darkness spreads, the light shines even brighter!  We are asking you to consider continued partnership with ACS through your prayers and through your financial support to let this light shine brighter and greater than ever before.  We commit to you to seek God’s vision for the ACS family, to steward well what He and each of you have entrusted to us, to remain steadfast in teaching God’s inerrant Word, to disciple our students to follow God in every area of their lives, and to seek the presence of God each day.

Info on how to get involved monetarily is coming your way very soon!

In 2016, ACS kicked off the Catch the Vision five-year capital campaign.  The primary vision that started a few years before that was to overhaul our curriculum and classroom structure, and eventually move into a new facility.  Many of you responded to that vision and we raised over $1.7 million in pledges and fundraising!  In January of 2017, we moved into our current campus.  Since that time, our enrollment has grown by 87%, and our staff has grown by nearly 100%! 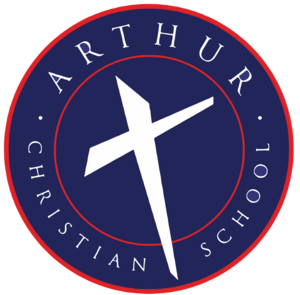